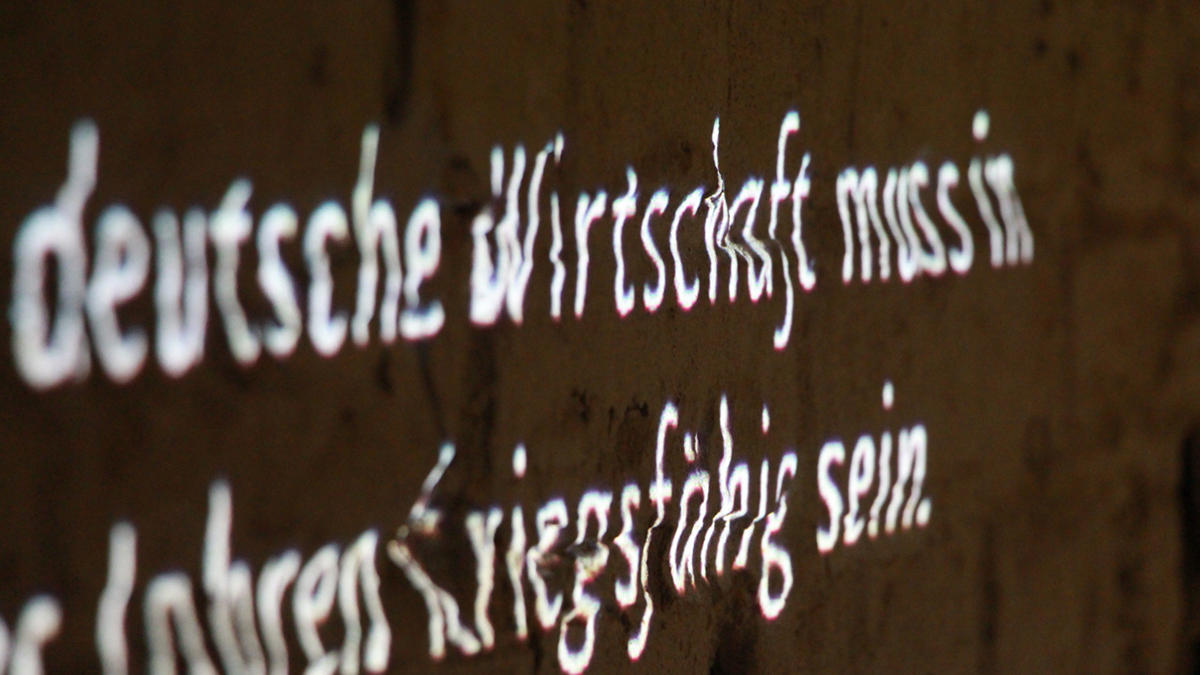 My master thesis is situated in the field of motion-design for historical locations.

I was inspired by video-mappings that use architecture and its space as their screen and canvas. In my project I want to explore the possibilities of using the techniques of video-projections for historical sites and their exhibitions. I chose the former Olympic Village in Elstal, close to Berlin, which was build for the XI. Olympics in Germany in 1936.

As a first prototype I installed 10 projectors in the changing rooms and the basement of the former indoor swimming pool. The viewer could wander around the rooms to find different projections in several corners and places of the building.

Augmented with a few historical facts and film-scenes, I used quotes of athletes, politicians, visitors, press and historians to give the visitor authentic insights about the 1936 Olympics, about life in the Olympic Village, about how it felt to be there at that time and also about the conflicts between the »world peace games« and a nation that was ruled by a dictator who was getting ready for the biggest and most horrible war of the last century.

The whole thing was installed and open for public from September 21st – 22nd 2013. 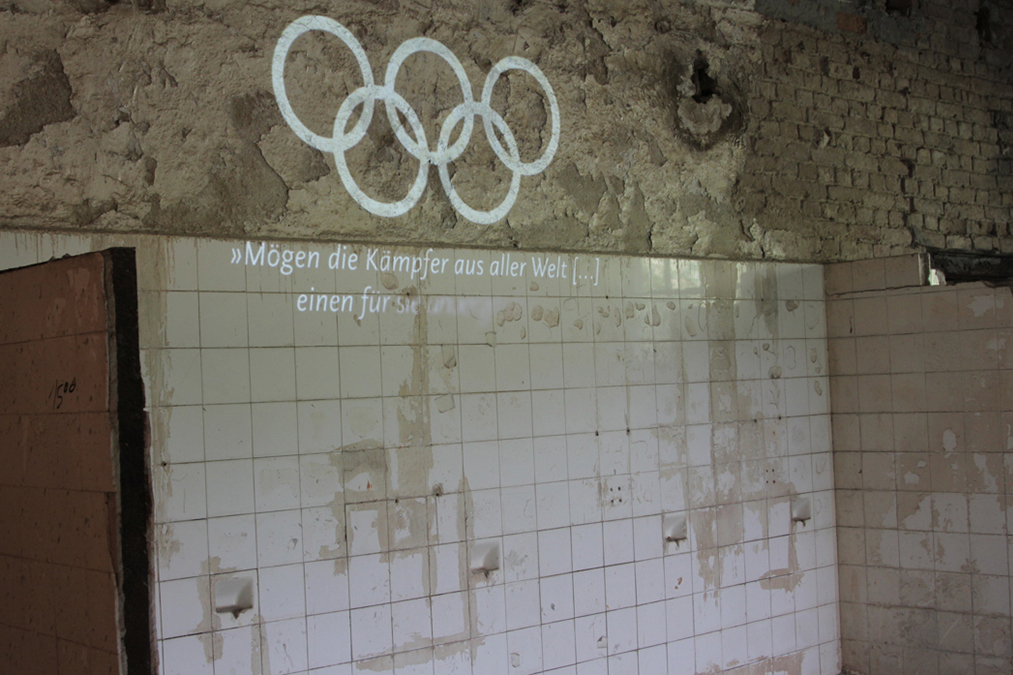