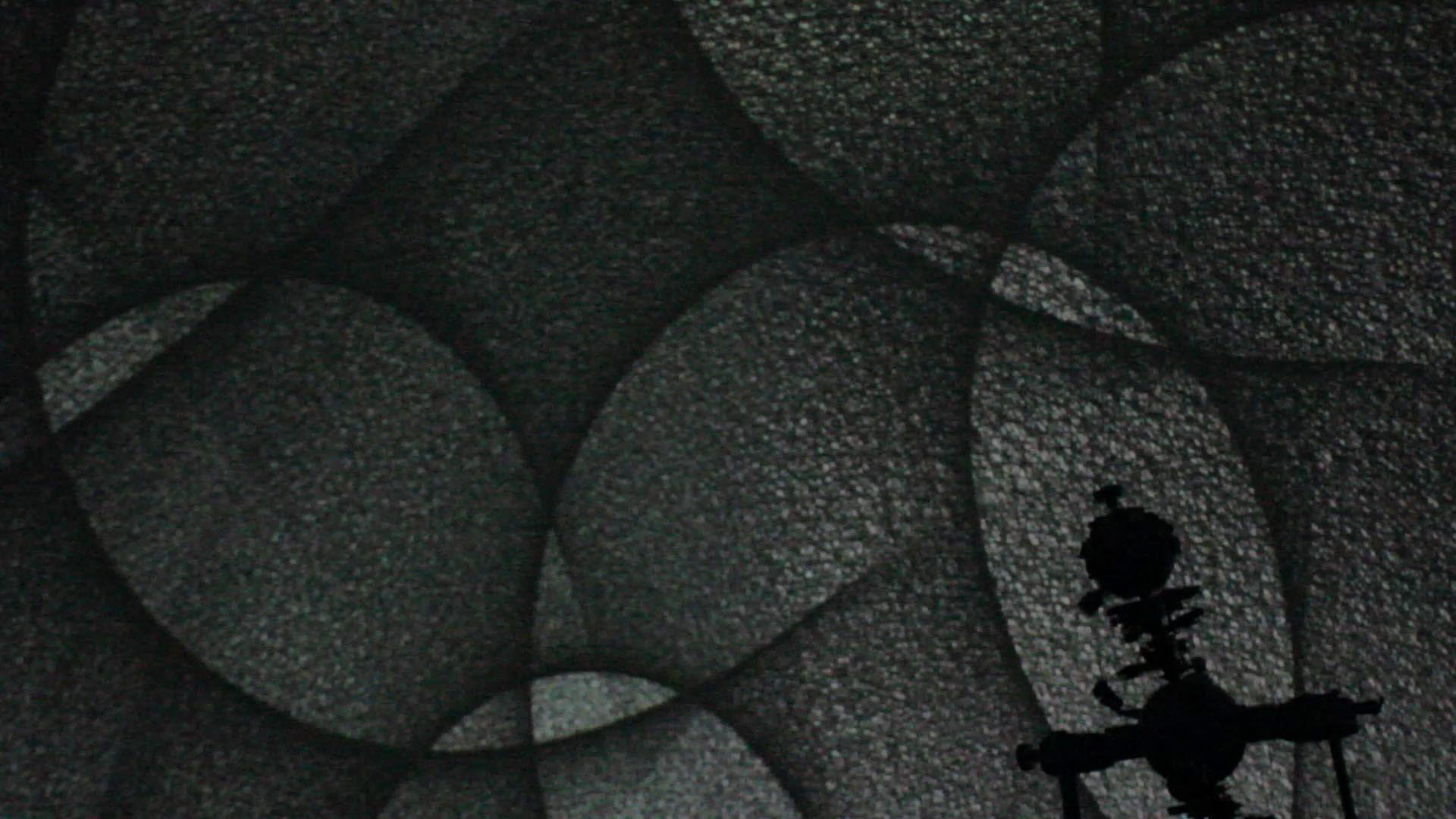 Thinking about that you can think — an audio-visual experiment in a full dome projection.

The feeling of being inside a dome is somewhat special. It is a huge physical architectural piece above you and around you. Through projections it can be turned into an immersive environment, secluding the outside world from you, enclosing you in the experience. You get lost in space, the architectural borders are blurred. This experience is about you, so why not make it be you? The Metacognizer-experiment is a prototype for experiencing a real-time brain-wave interpreted analysis, intended for immersive environments such as full dome projections. The experience consists of an audio-visual representation of a persons brain-waves, an isolating, immersive environment and a brain interface for data-input.

For inspiration and knowledge in how to create and use immersive environments we looked towards the art of light installations and sensory deprivation. Our goal was to try to create an environment where you could not distinguish the architectural borders of the space, an environment where you could not trust your own senses. The setup of a dome is similar to the ones of the american light artist, James Turrell’s Skyspace series. A skyspace consists of an outdoor room, with a semi-open ceiling and internally lit with flourescent lights. During dusk and dawn, people gather in these rooms. For hours they observe the shift of light coming from the sky through the ceiling. Another work that largely served as inspiration is “The weather project” by the danish-icelandic artist Olafur Eliasson. A giant floating sphere emits one single frequency of yellow light, accompanied by artificial fog and a huge mirror ceiling, made people lie down on the floor, observing themselves and others in the ceiling. With works by James Turrell and Olafur Eliasson as models, we performed visual experimental dome projections. 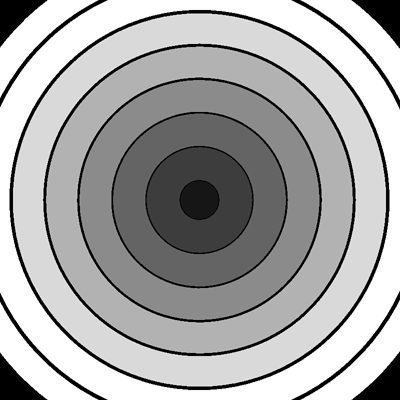 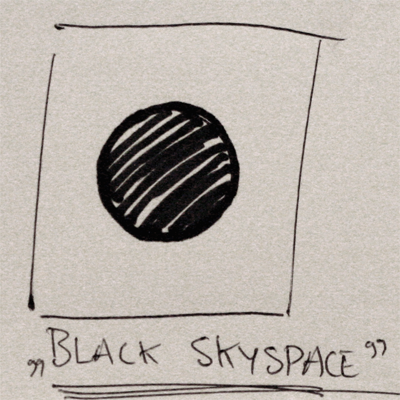 These are some of our experiences working in the dome.

“Light paradox” The more and brighter things projected - the brighter the room. If you want to project a bright red object and a bright green object, the brightness of each object will affect the outcome of each other. Since the brightness of each object illuminates the entire space, and the contrasts will suffer. This means that a good way to try to make one unaware of the surroundings, would be to use as much darkness in the projection as possible. The darker or more minimal the projection, the darker the surroundings, the more unaware one becomes of the physical environment, simply because it is not visible. We think that a good way to think about a dome projection is not like projection a movie, like in theaters, but more of a light show, a balance between light and dark.

“Black skyspace” Image 1 An effect that borrowed its name from James Turrell’s skyspace. It is a black circular shape in the middle of the projection (in the center of the dome). If you look into this black sphere you will not be able to determine how or where the architectural border lies. This does not work with brighter colors, since they also reveal the ceiling.

“Devouration” Image 2 A big object (preferably a sphere) expands form the center of the projection. “Descending” upon viewers, it will givie the feeling of getting devoured.

“Flash” Image 3 A simple but powerful effect in the dome, that makes use of the light/dark-adaptation of your eyes. If a dark projection, flash everything in white, and back to dark.

“Horizon” Image 4 Made by a circle in the center of the projection. This is based on the work “Your black horizon” by Olafur Eliasson and David Adjaye.

“Tunnel” Image 5 Prolonging the “Devouration”-effect by letting several different colored objects descend in a row, creating the effect of a tunnel. This effect could also be played backwards, that is: contracting the objects towards the center of the projection until gone. 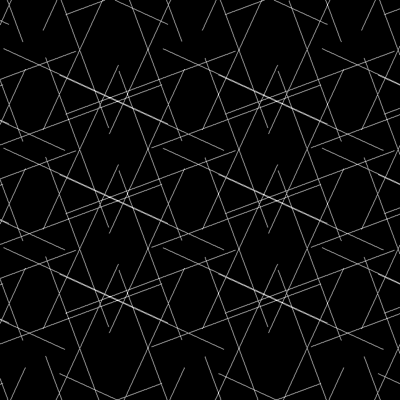 Visuals The visuals of The Metacognizer is based on a black and white grid system (see images above). The lines shaping the grid is manipulated through quantity, repetition, speed of rotation and length in pixels. The principle is to create (relatively) slow changes in the pattern and by time reveal new and larger patterns within the system. A source of inspiration has been the Moire patterns by multi-artist Carsten Nicolai, but also light installations by Olafur Eliasson as well as James Turrell. Early experiments where aimed towards a visual sensory deprivation with the focus on colors, often found in works by the two just-mentioned light artists. But to the latest iteration we chose to focus on patterns rather than to implement color. The visuals are written in Processing, and are currently controlled by keyboard commands.

Audio The audio and the visuals are, to current date, separated elements in the Metacognizer-experiment. The current soundscape is created in Ableton Live, and consists of a number of abstract sounds generated from sinus waves. The goal is to create a soundscape with as slow changes and variations as the visuals, perceived as monotonous and massive. To facilitate the immersive atmosphere in the dome we want to shut out the thought of possible interfering sounds from the surroundings.

Suggested further development There are at least two paths of further development for The Metacognizer. One of them being our initial intention for it, to be a brain-wave feedback loop. This requires testing with (and development of) a suitable brain interface. The other potential future for the project is to make use of it for a performance act or show in dome environment. In which ever case is the lack of a proper interface a challenge to overcome. Another aspect that needs more thought in future development of this, and other projects in environment of a dome, is the experience from different angles in the room. Seen as an opportunity or a problem it is in either case an element to work with more thoroughly. Another situation is the audio set-up in the Urania dome. The sound system is mounted in the center of the room, which can result in adjustments or manipulations on sound channels tricky to work with.