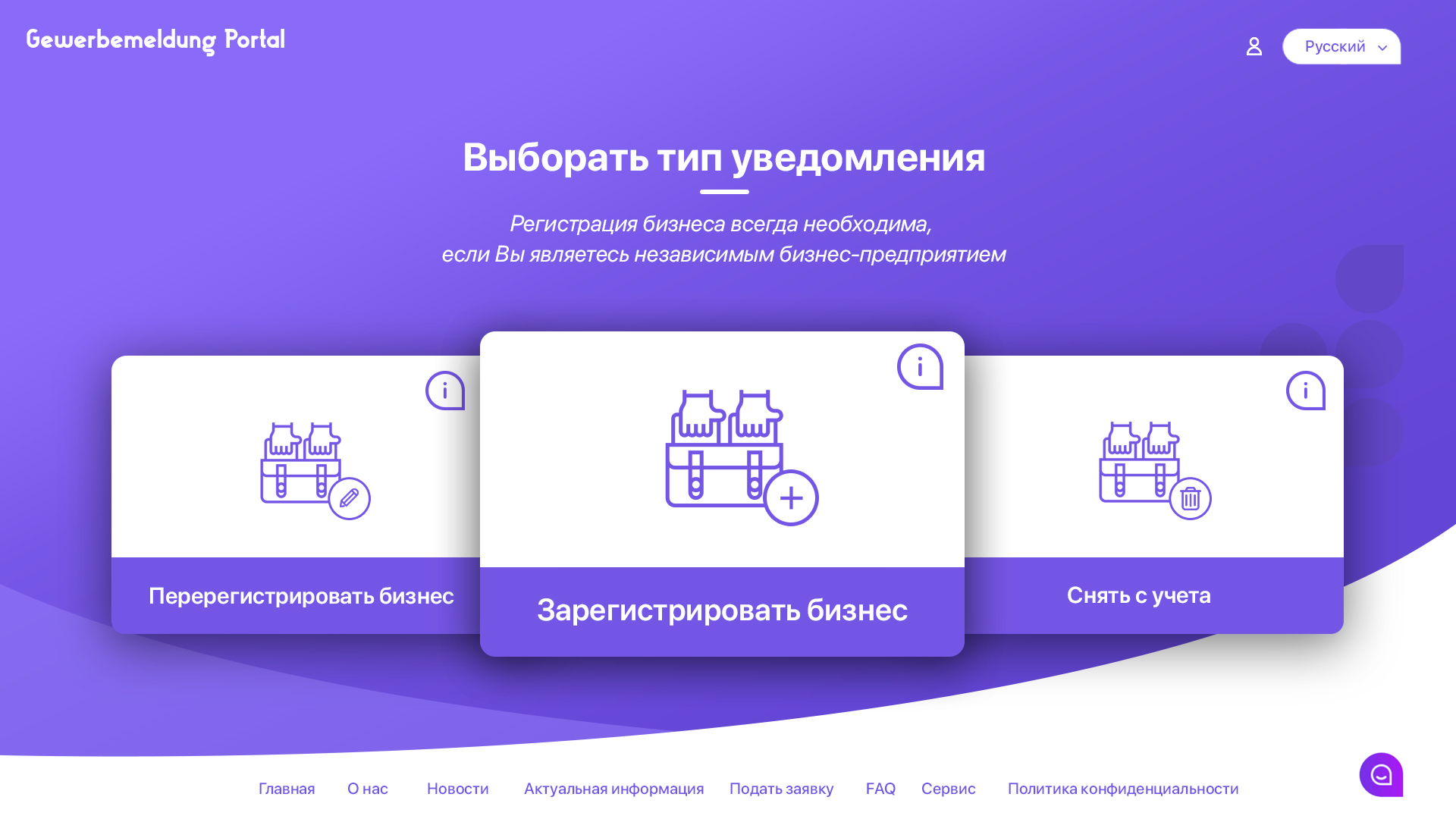 This is the documentation for the course „Smart City Interface“ with Prof. Constanze Langer and Dr. Sebastian Meier in summer semester 18.

In this course, we want to rethink „Verwaltung“ and put users in the center of digital process development. Here, new approaches and applications are designed and tested with prototypes. We visited the office of „Finanzamt Berlin“ and had the opportunity to speak with people working there on the project „ELSTER“.

During the semester we made presentation of different desires. In my presentation, I talk about foreign languages. I made the classification of the language and quote some interesting facts. The research dealt with the life of Foreigners in Berlin. I researched valuable tips, which are necessary to multilingualism in interface design to be considered appropriately. You can look at the presentation closer at attached the .pdf. https://drive.google.com/file/d/12Um8cPllSfPjGCKlNcbE36_icZIfEm-G/view?usp=sharing 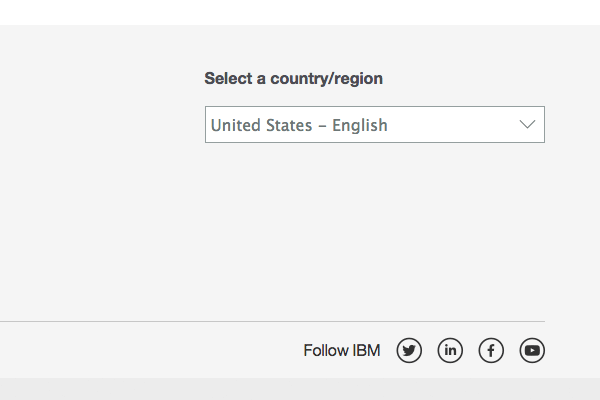 2. A multilingual website is useless without the ability to change languages. You can use a dropdown, placed top-right on the page (for left-to-right content the top left corner is more suitable). You might also find switchers in the footer . Whichever pattern you go for, make sure that the dropdown is easy to see and access.

3. Flags are very often used to indicate a language. But you should know that:
- Flags represent countries, not languages.
- A country can have more than one official language.
- A language can be spoken in more than one country.
- Visitors might not recognize a flag (because of the icon size) or they might be confused by similar flags.

4. Your content needs to be readable. Don’t forget that certain languages are more “wordy” and therefore take up more space. A button ‘add to cart’ might be translated in Dutch to ‘aan winkelwagen toevoegen’. The English version consists of 11 characters, the Dutch version 25, taking up twice as much space. Non-Latin fonts may need a different line-height, or character size, to your Latin default. Chinese characters, for example, are visually more complex than Latin characters, meaning they need to be large enough for clear distinction.

5. Countries have differing ethical views. There’s a culture-specific nature of sexuality, humor, symbolism, etc. which is easily overlooked when translating a website. For example: in certain countries it’s perfectly acceptable to show a photo of a gay couple, while other countries might find this offensive. 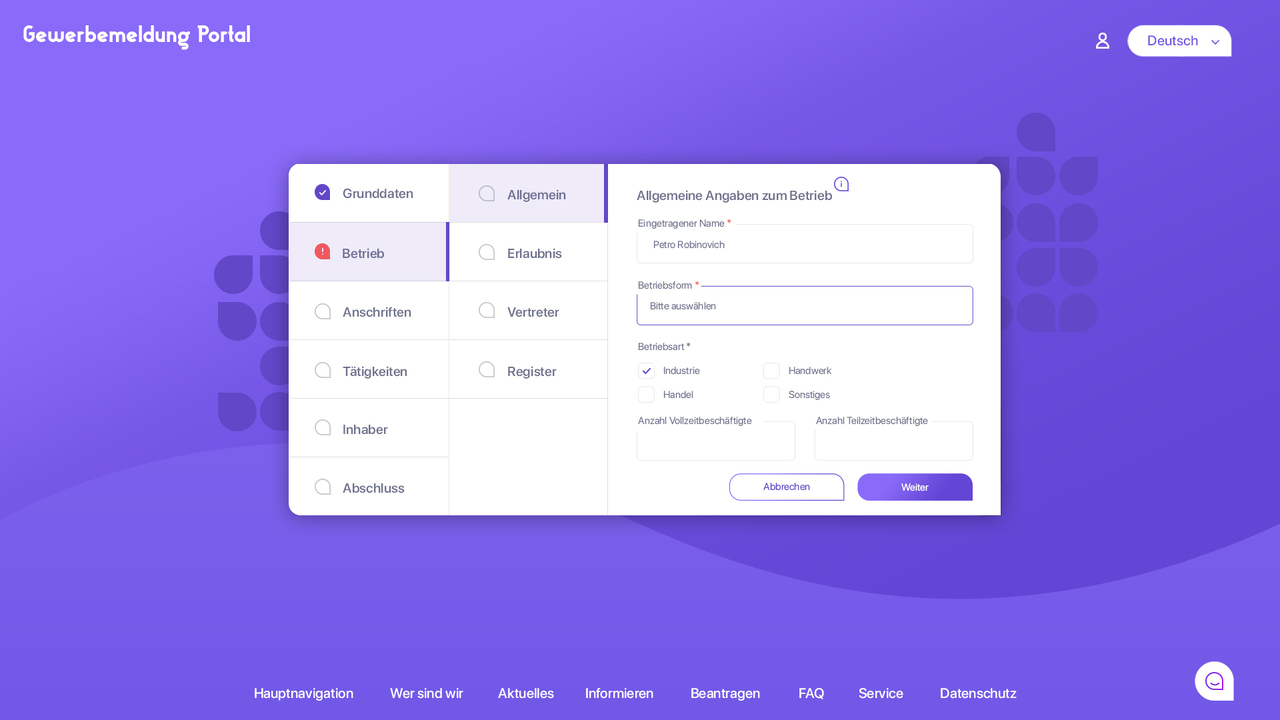 The Portal of registration of a business is currently available only in German. However, there are many citizens in Germany who need to sign up for their new business and don't speak, read or write German. The goal of my project is multilingualism of the portal. Users should be able to select their native language. I made a new design of the portal in different languages. (German, English, Russian, Arabic and Chinese.)

After working on the project with native speakers I would like mention two facts that I have during noticed my work that were not mentioned in the tips i was speaking about before:

2. The output in all forms (all this 5 languages) is filled in latin letters.

Now about my own reflection of the course. The different lecture topics within the course opened new perspectives on different aspects of bureaucracy. Both the theoretical and the practical part of the course worked well for me. At the begging of the course i didn't understood in what direction it will go, but after making my presentation about foreign languages, i got the idea in what direction i can work. It was important and useful for me in the future also to see the results of the other students. I am very happy that I took part in this course and I hope to use the gained knowledge of making prototypes in other languages further.