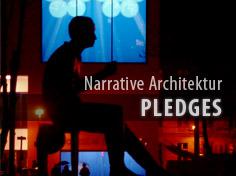 Pledges is an interactive projection playing on the theme of private thoughts in public.

As big cities grow and more and more people live in the same place, you sometimes get a feeling of alienation in your own neighborhood - nourished by the increasing anonymity. We wanted to counteract this feeling by giving insights into the thoughts and wishes of the people around you on the street.

When those private thoughts are projected onto a big media facade, a moment of recognition is created and in the blink of an eye anonymity turns into intimacy. 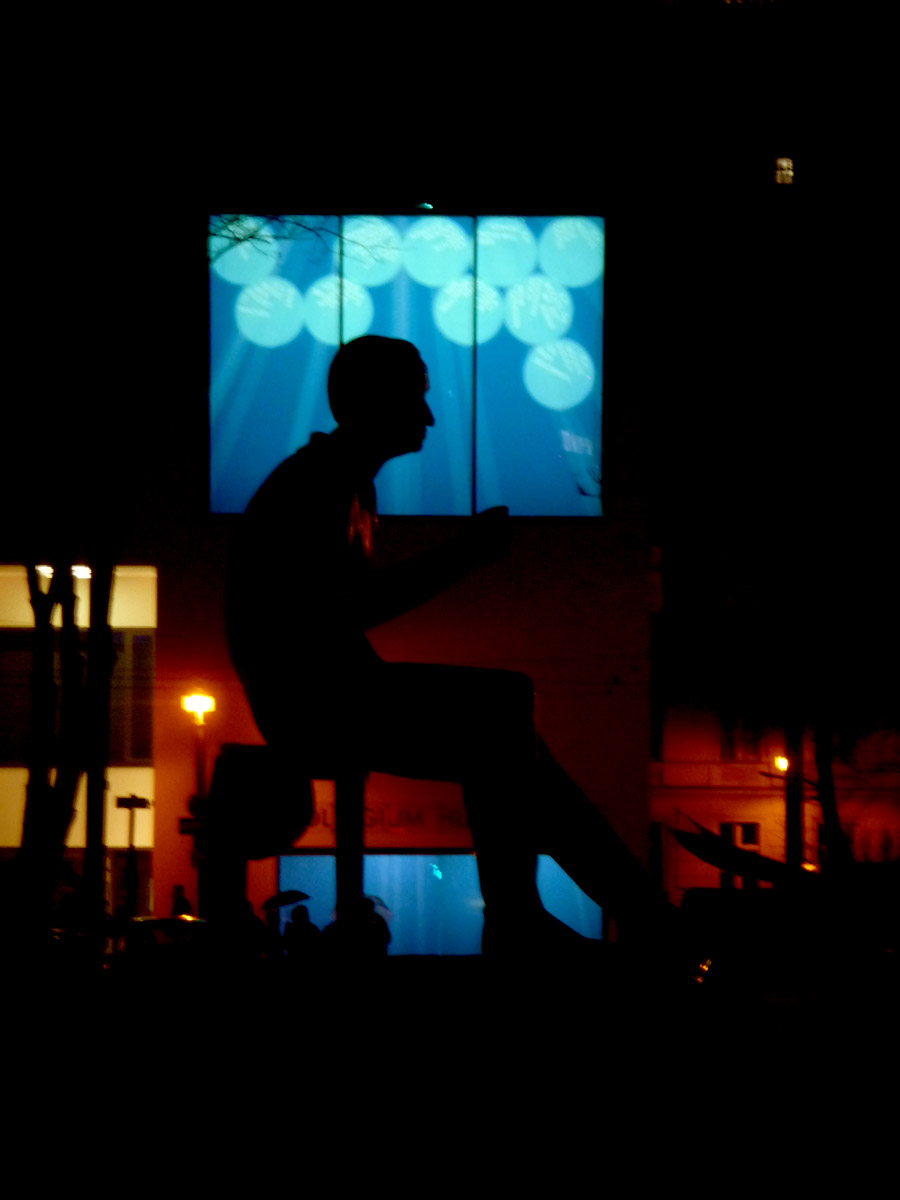 Pledges can be setup for a variable number of projectors (3 at the CHB).
Each picture is rendered by a single machine and all computers are connected over the network via OSC.
Another computer takes the role of a server, running the physics simulation of the bubbles and receiving input from the sensors outside the building.

When a person walks along the building, the sensors (based on Arduino) detect speed and direction and trigger the creation of another bubble.

The software is written in Java and based on the Processing Framework. It uses OpenGl for rendering, JBox2D for physics and OscP5 for communication. 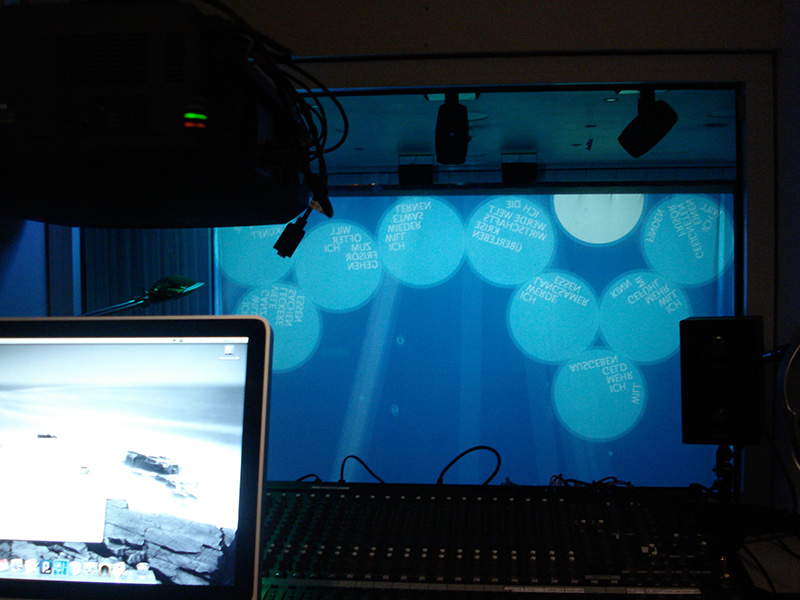 Picture details of the setup

Patrick Kochlick, for his lectures, good advice and the Gestalt framework.

Collegium Hungaricum Berlin, for the chance to play with this awesome building.

Daniel from the CHB Café, for great support, sharing knowledge and the permission to drill holes into his ceiling.